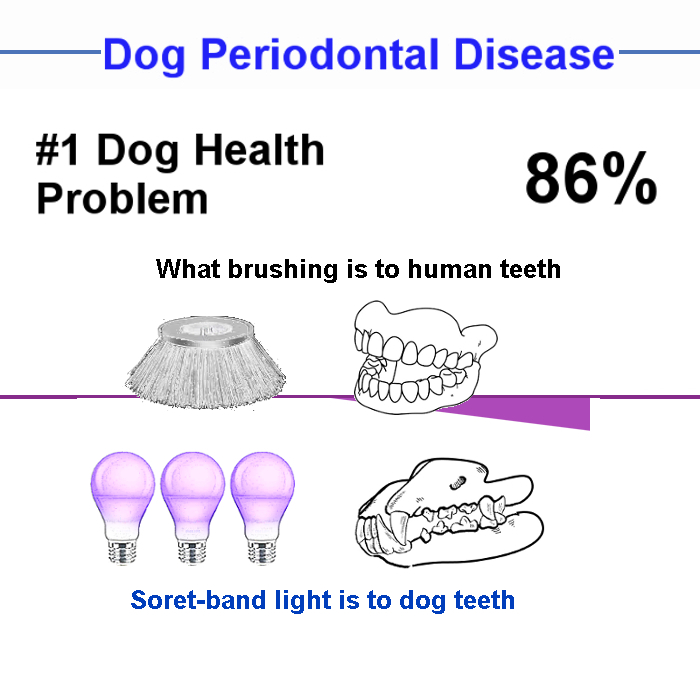 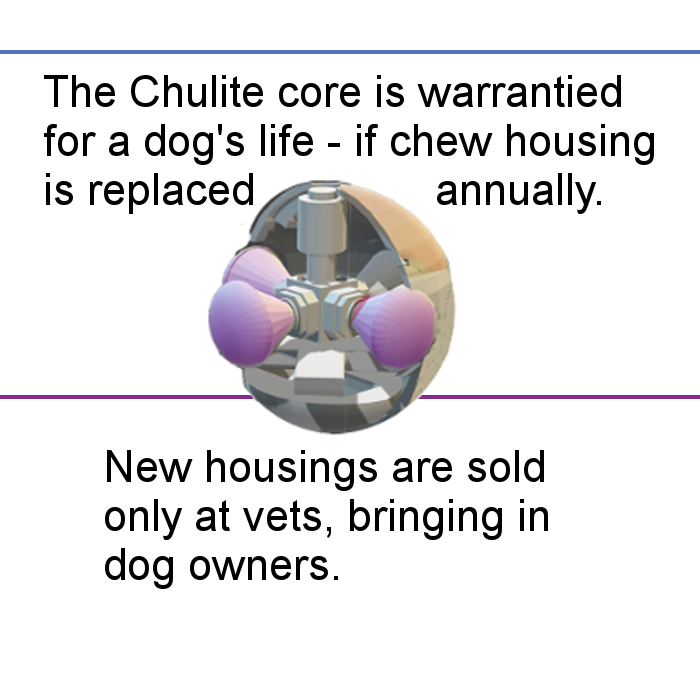 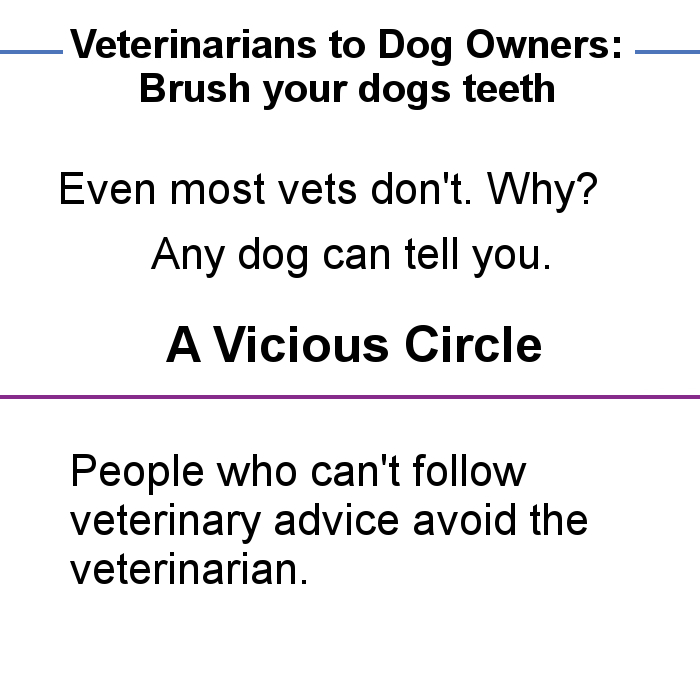 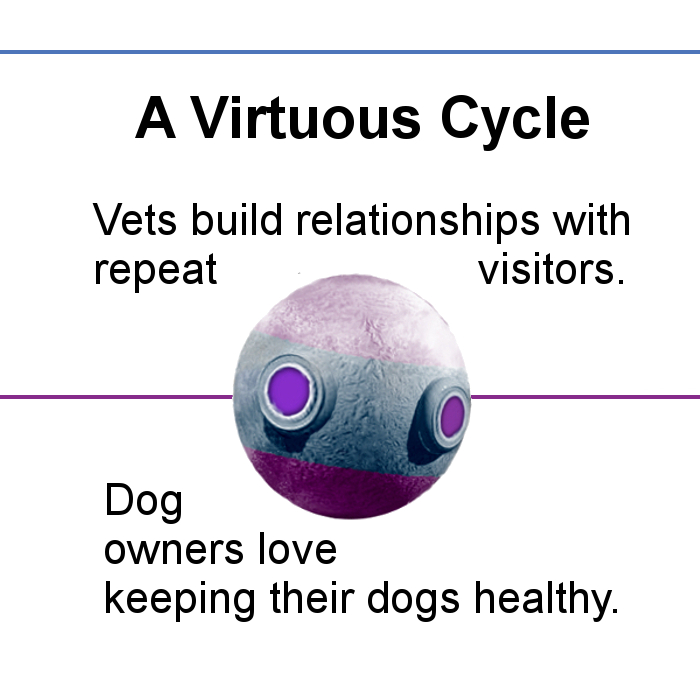 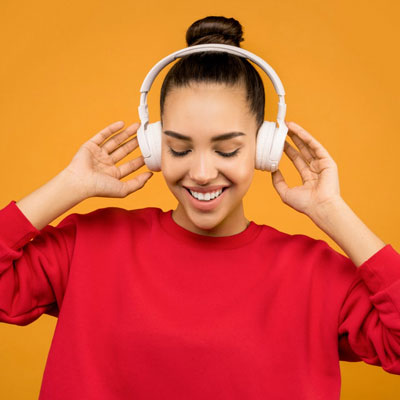 Controlled trials come next. Some dogs get the device, some don’t, and the testing lab doesn’t know which result is from which. There are 8+ scientific studies demonstrating what Chulites can do. But Chulites will be marketed through veterinarians, who want and deserve tested products.

Manufacturing could be in Costa Rica, Mexico, or Oregon. Dogs come in vastly different sizes. Chulites will come in many different forms, designed for different sized dogs and forces. Chulites are as much about being unbreakable and safe, as they are photodynamic therapy

Football helmets absorb direct impacts inside a hard shell. Without them, players would suffer skull fractures, which can be life threatening. But fractures aren’t what threatens the very existence of US football today. Concussions are the bane of the game. Concussions are caused by head rotation, not linear impacts. Boxers have known this for 100 years: you don’t knock someone out by causing their head to snap back. They go down if their head spins. The contact sports biomedical community discovered this over the past 25.

Current football helmets have changed incrementally since the first plastic one was patented by Riddell Co. in 1939. They’ve introduced better padding, face masks, and harder shells. Compared to advances in auto safety, helmets are still primitive. Helmet design is limited by testing and certification requirements.

Some bicycle helmets are designed to reduce rotational forces using a Multi-Directional Impact Protection System, or MIPS. They have hard shells that can move independendly from the wearer’s head, with an impact-absorbing liner in between. Called “slip planes,” they diffuse rotatational energy, but provide no compensating force. They slip around the head when touched, contain far too little padding, and are passive. But MIPS demonstrates a general concept: you can design helmets that manage rotational forces.

The Rotation Damping Helmet (RDH) exploits recent discoveries in material science to generate a counter force to the rotational energy of an impact. Components are similar to some that guide anti-tumor particles deep within the body. An exterior helmet rolls independently of an internal shell next to the head.

When a tangential impact occurs, the helmet is forced to slide across and towards the shell. Repulsive forces increase, causing torque. The shell torques in a vector opposite to the rotational motion of the helmet. If a collusion drives a helmet to twist down and left, the torque pushes up and right, actively dampening the rotational force transmitted to the head.

A tiny sensor programmed with rotational acceleration thresholds detects motions. If they are excessive, it triggers an airbag to immobilize the base of the user’s neck. This kicks in when there’s a significant risk of severe concussion.

There are two monopolistic football helmet manufacturers in the US, both located in the same Chicago suburb. They are notorious for stealing each other’s IP, existing in a strange legal equilibrium that seems rather like a Mexican stand-off. It’s possible the RDH will be deployed by motorcycle riders, hockey goalies head, or even military service members, before football players. Most likely it will be university players who use RDH helmets first.

Emergency sirens are mounted on the top of, or in front of, ambulances, fire trucks, and other vehicles. They emit high decible sound to warn nearby motorists and pedestrians. These sirens emit spherical soundwaves that spread as much up and to the side as in front. The volume heard in a 5th floor residence 50 feet above the road is louder than what’s heard at the next intersection. Their noise is the #1 public complaint reported to city managers in big cities like New York.

The Sound Directing Framework (SDF) is an acoustic wavefront shaping device that alters emergency siren wavefronts so they propogate at ground level. An SDF is attached to the siren horn. It partitions a soundwave into many wavelets. Each wavelet enters a passageway. Some passageways reduce the apparent wavelet velocity a lot, some passageways reduce it a little. The ones at the bottom and center of the device seem to slow the sound the most. When the faster wavelets exit at the end of their passageways, they bend down and in to remain coherent with the rest of the wavefront. They reconfigure into a flattened wavefront that expands near the surface of the road.

The technology is patented.

The SDF is bioinspired. Cateceans (marine mammals like whales, dolphins, and porpoises) migrated back into the ocean over the past 80 million years. It’s hard to see underwater. They developed echolocation, radar using sound. An animal will emit noise under their blowhole. It passes through their skull, where there’s a fleshy object called a melon. It’s made up of fat/wax cubes. Cubes with more fat slow the sound more than cubes with more wax. Fatty cubes cluster at the bottom of the melon. Like the SDF, the sound is partitioned, and wavelets near the sides and top exit sooner. They refract and reconfigure a flat, narrow wavefront. The animals aim it where they think there’s prey, and if it bounces back, they attack.

The SDF doesn’t use fats and waxes, but labarinthine passages, temperature, and metasurfaces.

George Gao, one of the leading virologists in the world, the first scientist to describe H5N1 avian flu, first to sequence SARS CoV2, Director of China’s CDC, fellow of the US National Academy of Sciences and the US National Academy of Medicine, with 5 papers on COVID-19 in New England Journal of Medicine and Lancet … was interviewed by the journal Science on March 27, 2020, 2 months into the pandemic. They expected him to talk about testing, quarantines, variants. They asked “what mistakes are countries making?” His answer surprised them. “The big mistake in the US and Europe … is that people aren’t wearing masks.”

The Butterfly Cover has graphic design to direct observer’s eyes on a path they typically follow when looking at an unmasked face. This helps reduce the anti-social aspect of mask wearing, which is partly based on how masks interrupt the ordinary flow of face observation.

The Butterfly Cover also serves as a biosensor. The cover folds without deformation. When closed, it can be placed in a small bag, then taken and treated with liquid or gas, from which a sample is condensed and tested in a molecular diagnostic lab. Because human breath entrains airborne particles, the cover is an ideal interceptor for a hospital. This can be a routine monitoring practice.

A patent application for the Butterfly Mask was filed in Japan. It seems the Japanese may be more experienced with mask use, and are more sophisticated mask consumers.

73% of all antimicrobials produced are consumed by farm animals worldwide, growing fastest in India, Africa, and Asia. Most are used for “growth promotion” and “prevention” (also called prophylactic or metaphylactic,) not disease treatment. Growth promotion use has been phased out in the E.U. and the U.S., but not prevention, and these regions are still the heaviest users of antibiotics in food animals.

The other reason is principally related to cattle, particularly those used for meat. Cattle are ruminants. Their stomachs have four compartments, an evolutionary adaptation to starchy plant diets. These compartments house bacteria that ferment plant matter, generating nutrients cattle need. Animals must maintain a balance between sufficient microbial activity for nutrient conversion, but avoid excess bacteria growth, which leads to gas build-up, reduces pH, and promotes pathogens. Excess microbial activity breaks down food faster, so ruminant stomachs contract less, but produces more gas – a recipe for “bloat,” a serious disorder.

Prophylactic antibiotic use increases the risk of promoting and spreading antibiotic resistant bacteria. But from a cattle farmer’s perspective, antibiotics let animals benefit from maximum bacterial activity without the dangers of gas and acidity that undermine health and growth. By killing a fraction of stomach compartment bacteria, antibiotics let ruminants digest the bacteria themselves, and what they produced prior to destruction. Some research shows bacteriostatic antibiotics increase energy yield from feed. If small doses down-regulate bacteria metabolism when cattle are fed excess carbohydrate, this could reduce energy wastage. Bacteriostatic antibiotics decelerate cellular respiration, which may be more efficient under excess substrate conditions.

The patent-pending “Cattle Capsule” is the same size as a cattle magnet, 4 to 6 inches long, and about 1 inch in diameter. A cattle magnet is a magetically charged metal “bolus” shot into a bovine’s esophagus, where it then settles in one of the stomach compartments. Many cattle consume bits of metal from fences and farm buildings, which can perforate their intenstines, a serious and possibly deadly problem. These metal pieces adhere to cattle magnets instead, a simple, life-saving technology.

The Cattle Capsule contains long-life LEDs that emit ‘Soret band’ light through portals in the device surface. This light triggers a death spiral in bacteria in the device’s immediate vicinity, which is a fraction of the bovine’s total bacteria. The fraction of bacteria destroyed is similar to the fraction killed by sub-theraputic doses of antibiotics. The churn of bacteria in the compartment presents new populations to the Cattle Capsule light periodically. A transitter allows someone to monitor the capsule’s activity, and have it activate only at certain times.

When the cattle magnet is covered with metal pieces it simply sits in the large bovine stomach, which provokes no problems, and a new magnet is deposited. The Cattle Capsule will also simply remain in the stomach compartment after several years of use, and be replaced. 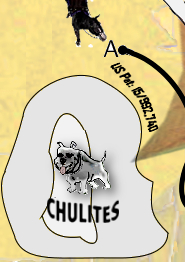 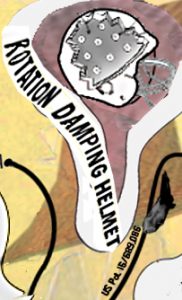 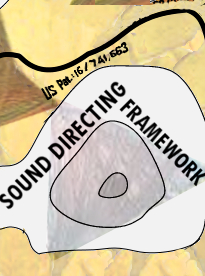 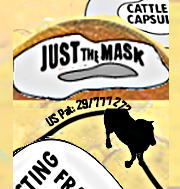 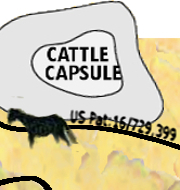